Join Arts for ACT Gallery, located at 2265 First Street in downtown Fort Myers in February for Rick Plummer in the main gallery and in the White Gallery, a group exhibit with The Heron’s Glen Artist Group. 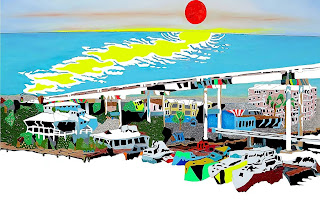 Other than the first decade or so of his life, Rick Plummer has considered Fort Myers home. He grew up loving to sketch and paint and has continued those efforts over his entire life. After he married Madeleine and served in the Navy Hospital Corps he proceeded to dental school and then practiced in Fort Myers for 40 years. Now retired, he has devoted his time more intensely to art, recently illustrating a 100-year anniversary book for the famous LA restaurant Musso and Frank’s Grill (featured in Once Upon a Time in Hollywood). Plummer enjoys the great benefit of having his two children and two grandchildren living nearby. Indeed, “Life is Good.”
Artists Statement - The paintings in this show represent different phases of my artistic endeavors. One group derives from the Musso and Frank collection, displaying the giclees that comprised the centerfold and a grouping of vignette headers. A second group is from a series named “Brakes and Accelerators” which references the personality types of the characters depicted. The last group is from paintings on metal that illustrate Florida scenes, largely, on Dibond, which is the aluminum material from which highway signs are made. These last paintings additionally represent a sort of “PRE-VISION” of objects and attempt to capture what objects might look like to the brain just before they are completely understood. While the brain is trying to decide its story about what it is viewing, some interesting mistakes can pop up as fascinating distortions. My hope is to use color, basic geometric shapes and data control to render interesting surfaces and provoke laughter, puzzlement and, occasionally, wonder.
In the White Gallery – The Herons Glen Artist Group 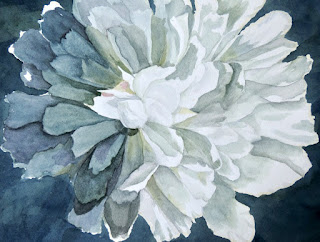 The Herons Glen Artist Group was founded by three artists in 1997, Gary Olson, Art Williams and Jean Purins. Their goal was to bring together those who shared an active interest in visual arts. To provide opportunities for exhibiting members work and to stimulate the arts in the Herons Glen Community. The group offers workshops, with well-known artists from around the country, and weekly classes in watercolor and acrylic painting. Besides offering classes the group also gives back to the community by using their talents to paint murals at various locations throughout the community. The group has displayed at several other venues in the area such as the Broadway Palm gallery, The County Courthouse, The Cape Coral Cultural Center and more. The group’s annual Fine Art Show, at Herons Glen Golf and Country Club, is in March and presents a great opportunity for the member artists to display, and sell, their work. Show attendees come from all parts of Southwest Florida. The 2019 show was its 22nd annual show. The group now has 55 members.

This exhibit continues to Monday, March 2nd.
Come view these creative artworks from our guest artists and support ACT Gallery.